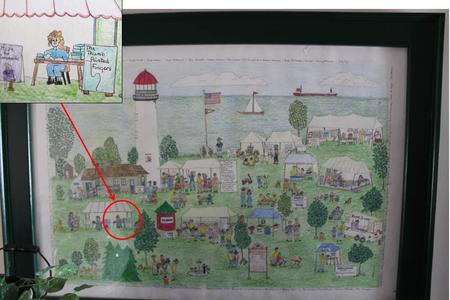 June 5, 2011   Curwood Festival Owosso, Michigan
Jacki was honored at a reception with other Owosso authors.

July 9, 2009  Churchville Senior Center, Churchville, VA
Jacki Howard discussed her reasons for writing the book and explained the process from concept to publication.

May 26, 2009  Pigeon Library, Pigeon, Michigan
Jacki spoke to a book club and friends of the library on how her book came to be.